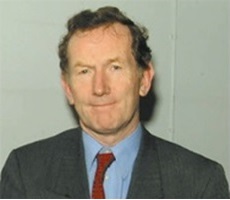 Founder of The Irish Association of Pharmacologists

The Professor John Feely Gold Medal commemorates the diverse and lasting contributions made by John Feely to the development of Pharmacology & Therapeutics in Ireland and internationally, in the course of a highly distinguished career both as a researcher and clinician.

As Head of Department of Pharmacology & Therapeutics at Trinity College Dublin, Professor Feely was acknowledged as a leading international expert on hypertension and published over 300 papers which appeared in international journals including the Lancet, The Journal of the American Medical Association and The New England Journal of Medicine. He was very active in a number of scientific societies including the British Pharmacological Society and British European and American societies for Hypertension. John Feely was also involved in several substantial international multi-centre trials such as the EU-ROASPIRE and Discovery studies.

As a consultant physician at St James’s Hospital, Professor Feely developed the first SpR training scheme in Clinical Pharmacology in Ireland. His work was instrumental in the setting up of the Centre for Advanced Clinical Therapies in St James’s Hospital as a centre of excellence in clinical care.  Professor Feely was also central to other initiatives aimed at improving patient primary and preventative care and safety, and in establishing best practice in safe and rational prescribing.  These include the National Medicines Information Centre and the National Centre for Pharmaco-economics.

Professor Feely was also highly respected and liked as a teacher and mentor, unstintingly generous with his time and resources. His initiative in establishing the Irish Association of Pharmacologists is one of many aimed at providing a platform to colleagues and students to showcase research and to encourage collaboration.

The Professor John Feely Gold Medal will be awarded by the Irish Association of Pharmacologists to an exceptional researcher who has made a highly significant contribution to basic or clinical pharmacology research on the island of Ireland.