I hope you and your families are keeping well in these extraordinary times. I am sad to announce the recent passing of our colleague Prof Folke Sjoqvist. May he rest in peace. An Obituary to the late Prof Sjoqvist can be seen below. 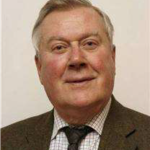 Folke Sjöqvist died peacefully on March 30th, after a period of illness. He is survived by his wife Margareta, four children with families, friends, collaborators and colleagues in Sweden and worldwide.

Folke was born in 1933 and became licensed MD in 1959. He defended his thesis on choli-nergic transmission in the autonomic nervous system in 1962 at Karolinska Institutet in Stockholm, Sweden. He was a guest researcher in the US at the legendary Bernhard Brodie drug metabolic laboratory at the National Institutes of Health and studied methods for systematic clinical trials with Louis Lasagna at John Hopkins Hospital in Baltimore. Folke was appointed full professor in clinical pharmacology at Linköping University in 1970, the first chair in Sweden. In 1972 he became professor in clinical pharmacology at Karolinska Institutet and director of clinical pharmacology at Huddinge University Hospital, where he stayed until his retirement in 1998. He was active as emeritus until a few years ago.

Folke was crucial in the establishment of the discipline clinical pharmacology in Sweden and had a major influence in its development in Europe and around the world. He was member of the founding group of EACPT (European Association of Clinical Pharmacology & Therapeutics) between 1993 and 1995 and became its first chair between 1995 and 1999.  Folke was devoted to supporting the discipline also in eastern European countries; an aim that is furthermore expressed in the statutes of EACPT. He initiated and chaired a group of clinical pharmacologists from all continents defining key roles of clinical pharmacology in the report “Clinical Pharmacology in Health Care, Teaching and Research” published jointly with WHO and CIOMS (Council for International organizations of Medical Sciences) in 2012.

Above 100 scientists defended their thesis during his period as Chair of Clinical Pharmacology at Karolinska Institutet. The division became an international Mecka for research and clinical training in clinical pharmacology with more than 100 guest researchers during his period. He contributed to Karolinska Institutet´s world leading breakthroughs in clinical and molecular understanding of the variability in the effects of drugs between subjects and ethnic groups. Therapeutic drug monitoring and pharmacogenetics were introduced as clinical tools for individually targeted drug dosage and the Drug Information Centre became an appreciated healthcare service. As interested in sports he was crucial in the foundation of the Doping Laboratory in Sweden. Folke was always highly interested in teaching. Clinically he fought for improved continuous medical education and contributed to give Drug and Therapeutics Committees and pharmacoepidemiology a strong influence within the healthcare system in Sweden and globally. For years he contributed in leadership positions at Karolinska Institutet and was a member of its Nobel Assembly. He was known as an inspiring leader and mentor within IUPHAR (International Union of Basic and Clinical Pharmacology) and EACPT for decades. He has received several doctorates, awards and prices.

We remember Folke as a visionary, energetic and thoughtful leader. He cared for all his staff and collaborators, irrespective of background or position. He had a strong research mind to explore and explain molecular mechanisms for variations between patients in therapeutic and adverse effects of drugs. He understood intuitively how experimental methods and drug assays could be applied clinically. Folke always argued for the importance that clinical pharmacology makes a difference in healthcare. Throughout his professional life he was committed to international collaboration and supported training and research across countries. He and his collaborators started in the early 70s drug utilization and pharmaco-epidemiological cross-country European studies on the use and safety of medicines.

Folke founded an international research environment where all his staff and collaborators contributed and lifelong friendships were initiated. Folke has been an inspiration and mentor for a long line of clinical pharmacologists, pharmacists and drug researchers.  His curiosity, care and energy will be remembered, as well as his commitment for EACPT and pan-European clinical pharmacology.